When Jack Nicholson and Morgan Freeman starred in the movie The Bucket List society pulled one of their ‘HEY lets grab on to these words because its s.o darn cute and lets assume everyone needs to at least pretend they have a bucket list, and then let’s just say the words repeatedly even if we have to force it into conversation.  The same thing happened with the use of Paradigm or rather the overuse of it.  Another word over used currently is Meme.

The idea of a bucket list is fine but it just doesn’t excite everyone and what happens is that those who don’t have a list but want to fit in are forced to make a list.  And making a list of ten things (who the heck decided 10 was the magic number anyway?) can be taxing on one’s inners – souls, psyches etc etc etc….  Then at least nine things are listed that you don’t really ever want to do but you must be able to produce to be ‘acceptable’.  Then of course you start to feel guilty that you really don’t want to do any of them.  Then comes the challenge of adding Mystique.  At least one item must be nefarious, vague, baffling to an outsider and requiring explanation such as ‘Kiss the most beautiful girl in the world. as Nicholson eventually did.  To make the  list indeed a list then you must add a total of ten to fit in.

I loved the movie.  I love the idea of lists – if they work for you.  If making a list and then actually going and completing tasks and stroking off work for you then that is wonderful.

It doesn’t work quite that way for me.  I have faced my mortality and the best I could do at that time was to express immense gratitude for waking up and still be breathing.  I have no far away lands drawing me, no great adventures calling.

I love how some self important people no longer talk at great length about Bucket Lists, they just slip it into conversation, ‘Oh yes we completed our trip around the moon.  It was after all the fourth item on our bucket list.’  Soft, subtle, but just a wee bit of an air of that old monster conceit.

It’s strange that I truly admire and envy those who not only embrace A Bucket list but who also do check things off.  We all search for what we think we are looking for or should be looking for and for me these days it seems to be more of an inward search rather than external targets.

So what is my 11th item on my bucket list?

Beats me.  I would rather read about yours!

One of the great pleasures of serial stories is the satisfaction of starting a reread from the beginning and not having to wait for the publication of the next edition. There is flow with anticipation dependent only upon your rate of speed in gobbling up the goodies served with each novel. There are a few series I enjoy, the latest being Harry Potter. My sis had acquired all the books I was missing to complete the set of seven and what a thrill to close one book and immediately pick up the next. Even if completion of one occurred in late evening I immediately started the next, just for the satisfaction of reading what came next. Well imagine my consternation and confusion when I went to the book shelf and could not find number six, ‘The Half Blood Prince.’
It wasn’t enough to cause a case of cursing but it threw me off my stride. Where could it be? A quick search through out the place revealed nothing except for a missing sock, which I assumed had been eaten and digested by the washer sometime ago.
Through the course of the reread I had also completed two of the Stieg Larsson series about ‘The Girl’: The Girl With the Dragon Tattoo and The Girl who played with Fire. I am patiently waiting for the third and last book as it winds it’s way through my reading group. It’s a reasonable wait, but number six? I was sure I had all my ducks in a row so to speak.
I reached out for the seventh book, The Deathly Hallows a few times, but it just didn’t seem right you know? I searched my data memory bank and am pretty sure it was in a load of reading I had taken to my sisters. At least I am counting on it being there. Last night I started number seven, too impatient to wait but the universe is a little askew. There is an uncomfortable feeling like the way you feel when you know you should have done something and did not, or you did something and should not. It’s nothing major in the big scheme of things but it niggles. Niggles is such a perfect for those little irritations, which makes me think of muggles, which makes me think of number six.  Sigh 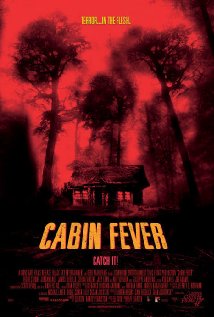 So the whole week has been a snuggy one staying inside and being warm in the face of winter and by this morning I awoke and thought, Oh no, its Cabin Fever~

Time to get out..head out on the highway…looking for adventure…OK back to the reality of it all…it meant a trip to Kitchener.  My SIL who is one of my besties has spent the last three weeks in Rome, Nairobi and Amsterdam and finally, finally after 3 weeks came home.  I like travel, but I have to say three weeks is way toooo long.

Anyway she got home yesterday so off I go this morning.  Cold..minus something..but the roads were clear..which is a biggie…had lunch and met her this afternoon.  Quite disgusting really as she looked younger and more vital than pretrip although she insisted being on the verge of exhaustion.  I should look so good when exhausted!

It dawned on me while driving home later in the day how wonderful my  life is.  I have the extreme pleasure of loving and being loved by wonderful people mostly because if love had to do with deserving it I would have none.  There is so much I would change if I had it to do over again..but since it seems there are no do overs…then I am doubly blessed.

Somehow there is a worth that we may believe is not deserved but somehow it is deserved.  And that my friends who doubt miracles, is the miracle.