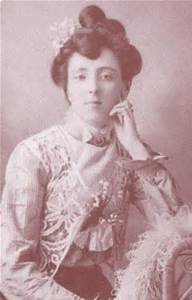 I just finished reading The Complete Journals of L.M. Montgomery The PEI Years 1901-1911 by Mary Henley Rubio and Elizabeth Hillman Waterston and it got me thinking about intellect, intelligence, and creativity.

Montgomery is the author of Anne of Green Gables and many other stories.  Her personal journals have been published both after she had edited them and then in completion and since she lived from 1874 until 1942 I feel I absolutely must find the others and read them. Of course when I searched, my rusty trusty local library only carries the one book I have just read so now I have to decide whether to fork out some moola for the others.

There is a lot to discuss and share about the girl whose mother died 22 months after having given birth, whose father left her with his grandparents while he went off to another province, leaving her to be raised in an unloving, don’t you ever forget what we have done for you family. Seeing her life through her eyes is fascinating.  It was a stark life both emotionally and environmentally.  Prince Edward Island is one of three Canadian Maritime Provinces and while it has beautiful summer and fall seasons the winters can be brutal and when the annual storms from December to April raged it meant physical isolation for extended times.

But what I am thinking about this morning is creativity.  Maude Montgomery talks about the people in her life, family, friends, acquaintances, and notes those that are intelligent, intellectual, simple, coarse, common, and endearing.

Graham Collier in Psychology Today indicates from my understanding, that Intellect is Fact, and Intelligence is Feeling.

But where does that leave us on the Creativity question?  I don’t consider myself creative, at least not the kind of creativity where I am driven to create with intensity.  In fact it has crossed my mind that if there is reincarnation I may have been a successful writer in some past life but damaged my karma to such an extent that I am left aware in this life of the capability and to some degree hunger for it but lack just enough of je ne sais quoi to actually achieve anything.

It's In The Tale

We are all stories in the end

Helping you to find the gold nuggets amidst the dirt, sand and pebbles of life!

My Everyday Life and My Favourite Everything

What is next for this 50-something empty nester?
Ocean Bream

I write about everything on this blog. The world and what it contains is my fuel.

a rush of light

Judaism, work, life, poetry, etc. Not code for "single and looking". This is not a dating blog.